We were both settled in comfortably on the cozy couch under the gorgeous mulberry trees. This girlfriend's backyard always had been one of my favorites in Las Vegas. So was the Goddess I was with that evening.

I knew the sanctuary she built for herself was a rare gem in this desert oasis. It had taken her years upon years to create such space. I can only imagine the dedication and love it took to accomplish this task. The combination of beautiful vegetation and the delicious smelling seasonal flowers with plenty of cactuses surrounded us that night, significantly reducing the hot summer night's effects. As usual, her generosity was over the top; we had an excellent bottle of Pinot Noir accompanied by a feast fit for the most elite on a very artsy coffee table in front of us to enjoy throughout the night.

It had been a long awhile since it was just the two of us; usually, there would be all sorts of people gathered around her living room, kitchen, and in the backyard.

We had shared many souls to soul moments with each other under the spell of a softy glomming porch light, being comforted by our knowing each other intimately for over a decade.

As usual, our conversation bounced between the subjects like other girlfriends, our children, her tennis, my business, her husband. Finally, the most delicious part of the night I happily shared about my new boyfriend, whom I met on match.com a couple of days after signing up.

I knew all about her "DEEP SADNESS AND DISSATISFACTION "and her struggles in her current relationship with her long-time husband. Like many from outside, she looked like she had it all. A beautiful home in an exclusive neighborhood, four healthy children, a nice-looking husband, stunning looks, tons of friends, membership in a country club, and plenty of money to sustain it all.

She often spent most of her time with her equally impressive girlfriends letting her housekeeper, yard guy, and an army of outside contractors to help maintain her desirable surroundings.

But above all, she had one of the kindest hearts I had ever known. She was kind to everyone—kids, adults, the elderly, the underdog, the overachiever. In our circle, she was very well known for being the" connector "in our community.

I knew her husband and heard all about some of his shortcomings from her and others. I also had firsthand knowledge of her struggles as a wife and as a mother. Of course, I tried to avoid judging their relationship, especially since I had always had my share of battles with the same things.

I couldn't tell you if it was her thinking or her circumstances that were causing her the most significant hard ache, but I will say for the large part of the last ten years, she had not been pleased. When we were alone, she would often cry and express a desire to leave her marriage but soon would happily settle back in her hopeless state of living with an unfulfilled desire to love and be loved passionately by someone else.

While listening to her, I usually detected a longing for a more intimate relationship where she could experience love like she once had decades earlier. I believe, just like so many, she may have been caught in the web of familiarity and forgotten that if we wish to experience the bewildering states of love itself, we must be willing to leave the comfort of the familiar.

Unlike her, my issue with the boys was usually boredom. Over the years, I had endless strings of boyfriends, and she knew most of them.

By the time we downed a couple of wine glasses, and it was time to say our goodbyes, she gave me a warm hug and told me, "YOU LOOK SO HAPPY, "my friend. I am delighted for you.

The very next time I saw her was at an open house at my shop. As usual, she looked beautiful, seemed happy, socialized with everyone, and not only bought a few pieces for herself, she encouraged others to buy some of my custom made jewelry as well.

When we got home that night, my boyfriend informed me that he felt uncomfortable at my event. I asked him why he felt that way, adding you seemed to be having fun. He reluctantly Answered, you have "weird friends." I laughed and said, "I loved my weird friends!

After a minute or so, I asked what happened, and when he happily shared one of them kissing his neck a couple of times, I was a bit disturbed

The Incident made him uncomfortable and a bit confused since everyone at this small gathering knew he was my new boyfriend.

I told him that I noticed some of the girls chasing him around the room and had a good idea who may have the guts to do what they wanted to do. After he confirmed who it was, I immediately had a big aha moment.

"TRULY HAPPY PEOPLE DON'T CHEAT," I thought to myself, nor do they want to steal other people's love. At least this was true in her case. She isn't the sort of a person who would be after other people's guys to prove she could, or just because they were jealous.

However, she was getting increasingly unhappy. Like many people before her in a desperate state, she thought my transparent happiness a couple of weeks earlier in her backyard came from him.

And who did not want happiness for themselves?

Now what I considered unusual behavior all made sense, why she was calling and texting me continually inviting my boyfriend and me to go to her house over since that night.

She wanted to FEEL THE WAY I felt that night, and I can't fault anyone for that.

She may have forgotten the truth, but it is still fresh in my memory. Yes, the contentment and the happiness I felt that night might have had a lot to do with him, but it was also due to the magic of the night. It was the atmosphere, the intimacy, the trust, the openness, and even the undeniable effects of the wine. Yes, of course, it was also my inner happiness radiating outward, which created a desire for her to OBTAIN THE FEELING I was feeling that night.

To have it and keep it.

I believe my friend must have forgotten the FLEETING nature of all of our feelings, including the feeling of happiness.

Welcome to my blog 'Connect'

Story behind the scenes Creating my interchangeable jewelry

Gifts of the Devine!!! Around 10 am while the sun was still hiding behind the scattered clouds, loa 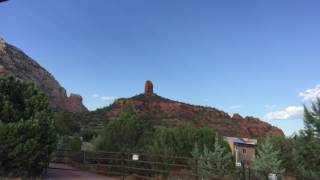 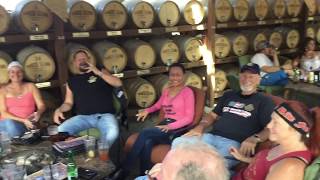 Don't judge a book by its cover

Welcome to my blog 'Connect'